Probably of all auto terms most of us just the ABS one we have an idea of what it is all about. After a tight braking with the pedal trembled, that braking is optimal when friction it is in the percentage of 15-20%.
Safety system originated from the aeronautical industry that we can already call a classic (the first car equipped with such equipment being produced in the 70s), the prevention system of wheels lock braking was improved considerably from when it first emerged serve as basis for additional active safety systems such as Electronic Stability Programme – ESP, Emergency Brake Assist – EBA, Electronic Brakeforce Distribution – EBD and Electronic Differential Lock – EDL.

[ABS is the abridged name from German - Antiblockiersystem which translates as anti-lock brake system. The name of ABS was preserved because unofficially Mercedes Benz, the German mark, was the first brand to equipped a production car with such modern system, as we know it today.]

Antilock Braking System it was created to help the driver maintain steering control and prevent the vehicle to swerve while braking. ABS is now increasingly equipping more vehicles, tending to impose as mandatory equipment on all new cars. Due to the obvious contribution increase the level of road safety, the ABS system was imposed at European level as mandatory equipment for all new light commercial vehicles and passenger cars starting on 1 November 2014 and 1 April 2015 for other vehicles (heavy commercial) and in the United States, the NHTSA has mandated ABS in conjunction with Electronic Stability Control under the provisions of FMVSS 126 as of September 1, 2011. 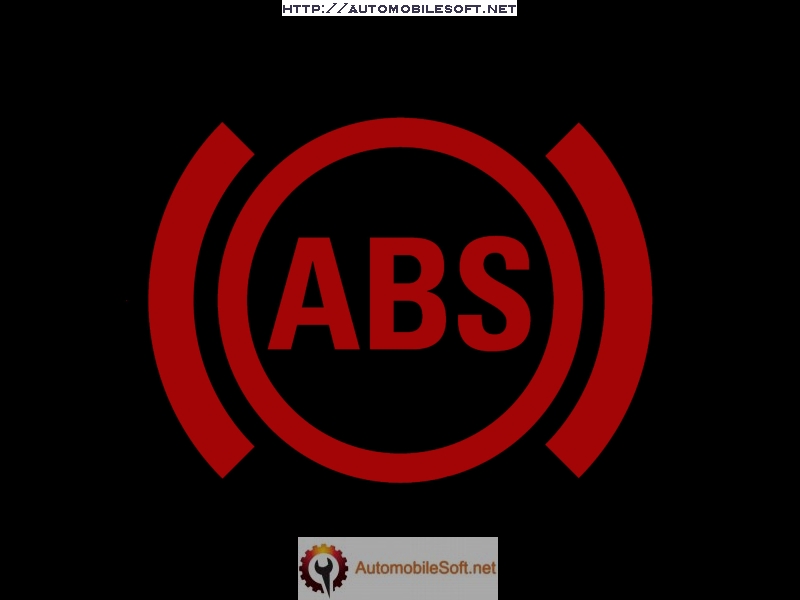 ABS functioning consists in prevention of blocking wheels at braking (especially on the roadway with poor adherence) thus allowing the driver to maintain the path chosen during braking maneuver. Without this system, the two maneuvers are often incompatible because car wheels blocks while braking, the followed trajectory is one rectilinear with evident negative. consequences.
Braking modulation provided by the ABS system is independent of the effort on brake pedal. Therefore, in case of emergency, it is recommended to apply on the brake pedal a pressure strong and continue. Is not necessary successive presses of the pedal.

ABS indicator lights on the ignition a few seconds while the system makes a self-check. Sometimes warning light may be accompanied by an audible signal (only certain models of cars). When the light goes off, the system is operational.

If the warning light does not go out after a few seconds, then the system has a malfunction. The brakes operate normally, but no longer benefit from the ABS advantages. You can continue on the normal road, but with caution, because at a sudden braking, the wheels can get stuck leading to uncontrolled slippage of the vehicle and the impossibility of cornering.

[Check as quickly as you can the ABS in specialized automobile repair shop for your car brand.]

It is good to know the minuses too which ABS brake is having. The negative point is braking on ice or snow. ABS against standard? Regardless of the tires, studies have demonstrated that 100% friction is more efficient than that offered by the ABS system, which is why a standard braking system is more efficient than ABS.