Adaptive cruise control – ACC is an optional system on modern cars. It is sufficient to set speed and distance from the car in front and ACC will automatically maintain a constant speed. If the vehicle in front accelerates or slows down, the system automatically adjusts speed to a safe and comfortable distance towards it. ACC (Adaptive Cruise Control – automatic cruise control system), one of the most modern of new onboard systems designed to reduce stressors and increase your comfort as a driver by using new systems intelligent electronics.The automatic system “adaptive cruise control” allows you to keep a constant and efficient driving style. This greatly improves fuel economy by minimizing acceleration and braking. The system detects preceding vehicles using radar sensors and keep a constant distance in front of the car. This is accomplished by accelerating and braking on the car’s speed between 0 and 200 km / h (125 mi/h). There is a choice of four individual settings for the distance and driving characteristics.

Adaptive Cruise Control, the adaptive automatic pilot,keeps automatically with radar sensors, the predetermined distance from the vehicle in front. It adjusts the speed to the maximum set by the driver, accelerating or slowing down, depending on the speed of the front car. In combination with DSG is offered and stop-and-go function.

A bit of history

A blind guy named Ralph Teet, went with his lawyer by car and, while talking, he noticed that the lawyer accelerates when listening and brakes when speaking, so he thought it would be a good idea that cars have a system to maintain a constant speed without the driver to intervene. It was the early 30’s and only in the early ’45, after years of tests, decided to patenting the idea as “Controlmatic” later changed to “Cruise Control”. The system has to be built in series only in the years ’58 , on Chrysler cars.

The system allows keeping the speed of the vehicle at a predetermined level but compared to the classic cruise control, also allow, and adapt it so as to ensure optimal safe distance from the vehicle in front. Monitoring the distance is performed by a radar sensor capable of detecting the vehicle in front at a distance of 120 m (22 yd), regardless of the visibility conditions (fog, smoke, dust etc.). ACC module manages the engine control system and auxiliary vehicle braking systems (retarder, engine braking, etc.) to control the speed of travel. If the vehicle approaches, however, by another one with a too higher speed, the retarder and the engine brake being insufficient to ensure optimal safety distance, then visual and audible signals alerts the driver to begin himself to brake.

Do not use ACC in the following situations:

Hide Improper use of ACC system can cause accidents. Use the ACC only when traveling on motorways, in favorable weather conditions.

Traditional Cruise Control systems require the driver to adapt his vehicle to the other vehicles driving conditions. For example, if the driver from the front slows must step on or the minus button of the cruise control to slow down. If ACC system is activated, Cruise Control system checks the speed of the vehicle in front and slows down automatically if necessary, then returning to setted speed if traffic permits. 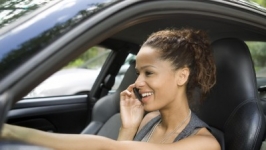 It couldn't have been easier.

I just had one of those days where everything is perfect. Thank you AutomobileSoft.net for making my perfect day possible!
Emma Noxon, Sandollar Inc.

From the Editors Desk

This site use cookies and third parts cookies. If you continue to use this site means you accept the use of cookies to give you the best online experience. OkNoRead more