Home My Car Car Articles Automobile History: things you do not know

Although not many are aware of this, automotive history began in the late 18th century, when Nicolas-Joseph Cugnot created the first full-size vehicle capable of propelling yourself. Over decades, Francois Isaac de Rivaz Swiss took another important step by inventing the first machine with an internal combustion engine. But Karl Benz is considered the “father of modern car”, he received a patent for his first engine, implemented on the model Benz Patent Motorwagen, it was the very first car which produced its own energy, which is the reason why Karl Benz is called the creator of modern motor vehicles.

Since then, however, the industry has gone through some very important events and automobile history was marked by several exceptional personality. We have selected some of the little-known and we have included in the list below.

1. The leader of Nazi Germany needed a “people’s car” so he turned to Ferdinand Porsche to achieve this. Porsche, in his turn created the car that would become known as the Volkswagen Beetle. Interestingly, even a sketch drawn by Hitler in the 30s presents a car that is very similar to the model created by Porsche later, prompting some to say that the car’s design was inspired by it. But Hitler is said to have stolen, in fact, the idea of an engineer with Hebrew origins, that would have presented a similar machine, called Standard Superior in 1933.

2. In 1971, during the period when Indira Gandhi was prime minister in India, Sanjay Gandhi was charged with developing a “people’s car”. Of course, his first choice was exactly Volkswagen, the German company will collaborate with Indians to create a vehicle to replicate the success of the Volkswagen Beetle. Things did not go so well, and the Japanese Suzuki had, in the end, triumphed. With over 30 years of production, Maruti 800 remains the second longest production car in India, next only to Hindustan Ambassador.

3. Rolls-Royce Ltd. was basically an airplane engine making company. The British from Rolls Royce had a major role during the Second World War, being responsible for creating PV-12 engine, later known as Merlin. It was implemented on some of the most successful British aircraft from that period (Hawker Hurricane, Supermarine Spitfire and Avro Lancaster), the total number of models built reaching nearly 150,000. 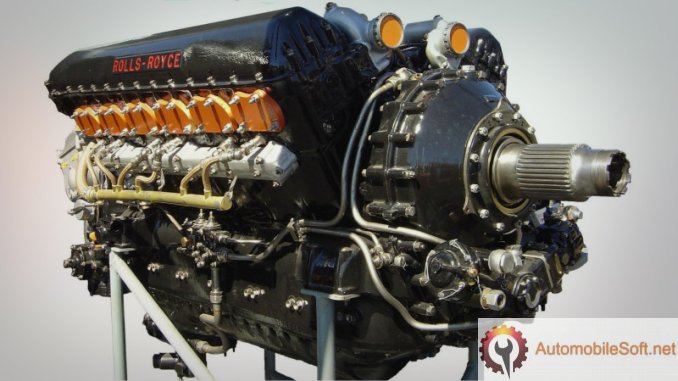 4. As you probably expected, the record for the most expensive car ever sold at auction was set in the UK (in this case, of Bonhams). It is, more specifically, the racing car Mercedes Benz W196R Formula 1 produced in 1954, which was acquired in exchange for astronomical sum of 30 million $. It broke the record held until then by Ferrari Testa Rossa Prototype year 1957, which was sold for $ 16.4 million.

5. As a young man, Henry Ford used to repair watches for his family and friends utilizing equipment created himself. He used a corset keep as tweezers along with a filed shingle toenail as a screwdriver. 100 years ago, Ford established a record that remains unmatched to this day. Model T, one of the most famous cars in history, represent no less than 55% of all existing vehicles in the world in 1916.
And if we consider how the industry develops, the record will probably left standing for many years to come.

6. Volkswagen car names inspired by currents. Passat, Golf, Polo, Jetta, all are names of Volkswagen cars. All these names are inspired, in their turn, by currents found in various regions on Earth. Passat is a German word referring to the trade winds, Golf is an allusion to the current Gulf (or Gulf Stream), Polo is inspired by polar winds and Jetta by “jet” currents (or jet stream).

7. Uk luxurious automobile marque Aston Martin’s brand originate from one of the creators Lionel Martin who used to contest at Aston Hill near Aston Clinton. The company had been owned by Ford Motor Company from 1994 until 2007. Nevertheless, Ford still is the owner of 8% stakes in the company.

8. The very first road-worthy vehicles utilized a lever instead of a steering wheel in order to control. It had a layout and functioning like that of a joy stick.

9. Jamaican reggae king singer-songwriter and guitarist, Bob Marley owned a BMW, certainly not for prestige but due to the coincidence of initials for Bob Marley and the Wailers.

See the other captivating things about cars and the history of automobile world.