The most banal and simple passive safety element, present since the 60s on various cars, is one of the most important passive safety equipment that are equipped in modern vehicles.

Who likes to wear the boring seat belt? How many drivers got into the car thinking that the belt can save their life? How many warning campaigns about the belt does not pass beside driver’s ears? But what is the story of the ordinary seat belts?

Initially having grasp in 2 points, most modern safety belts are now in 3 points, including the rear seat and are supplemented by devices that amplify efficiency like pyrotechnic pretensioner or integrated airbag. Warning light (doubled in some cases by a annoying acoustic warning) on non-use of seat belt contributes substantially to the effectiveness of this device.

Even if it fully demonstrates the effectiveness, the trivial belt has a disadvantage: in case of an accident, the belt hard surface can cause injuries to the shoulder and chest. Incidentally, this is one of the reasons that some drivers or passengers refuse to wear seat belts, in addition to the apparent annoyance during the trip.

After 1959, a year in which several Volvo models are equipped with safety belts, the device is known as the “belt Volvo”.
In 1963, all models that went out of Swedish Volvo factory gate were equipped with front seat belt. The first law obliging passengers from cars to wear seat belt was adopted in 1970 in Australia.

How to wear seat belts

Once you get the seat belt in clamp, verify if its bottom part passes over the pelivs and over your lap. Never lift the belt that bottom part pass over the belly. Pregnant women should wear seat belt under the belly or use a special deflector which can be found in specialized shops.
At the top, the belt must be adjusted so that it could go across the chest and collarbone.
It must never rest against your neck or face, which is why we strongly recommend to use adjustable height system.
Where there is no such system, find another position the seat so as the belt to stand properly. 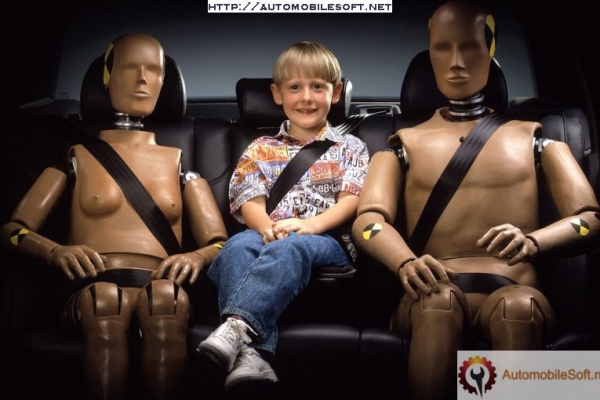 What the numbers say?

Statistics show that the chances of a passenger which not wearing seat to lose his life in an accident are five times higher than the one how wearing a “seat belt”. Drivers wear your seat belt can save your life!